The Porta Claudia in Scharnitz

Once these fortifications protected the Tyrol from the oncoming Bavarian and French troops. The ruins now remain to remind us of this dramatic time.

In the 30 Years' War (1618 - 1648) the Tyrolean countess Claudia von Medici built the Porta Claudia as a defensive fortification for the Tyrol. The strength of the fortifications must have impressed the Tyrol's enemies in those days, as there were no attacks on it.

Only in the "Boarischen hype" succeeded the Bavarian elector Max Emanuel II., The Porta Claudia to be filled. In the explosion of the powder magazine, the fortress was heavily damaged 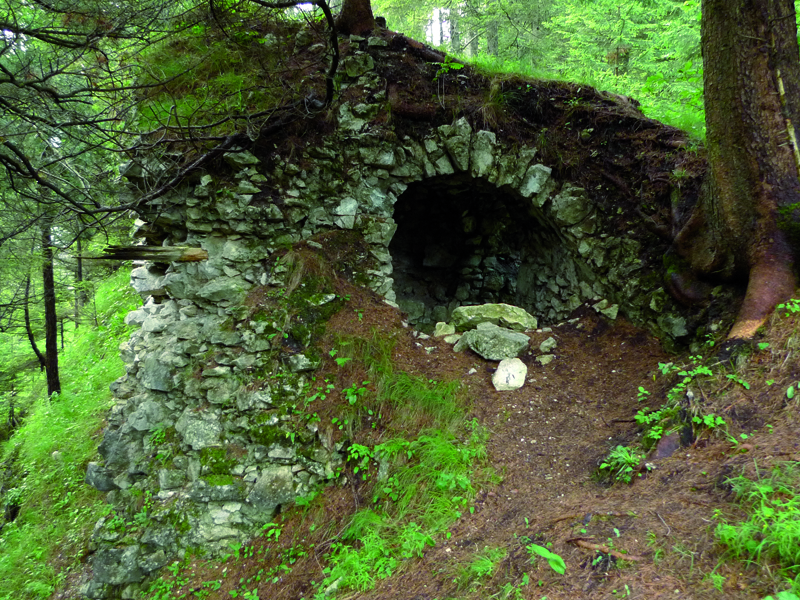 In 1805 the French army with 13,000 troops approached the Porta Claudia and, at the beginning, were also repelled. It was only when a forester from the area showed them a way to get around the battlements through the mountains that the attack went the way of the French.

During the battles of theTyrolean freedom fighters against the French and Bavarians in 1809 the fortifications changed hands a number of times. When Bavaria was given control over the area, the Porta Claudia was eventually blown up with massive charges of explosives. It's still possible however to get an idea of the tremendous size of the fortifications from the ruins near the border.