Dragons, witches and knights - the old stories of the Seefeld plateau have all the right ingredients. And, who knows, maybe there is a grain of truth in some of them? 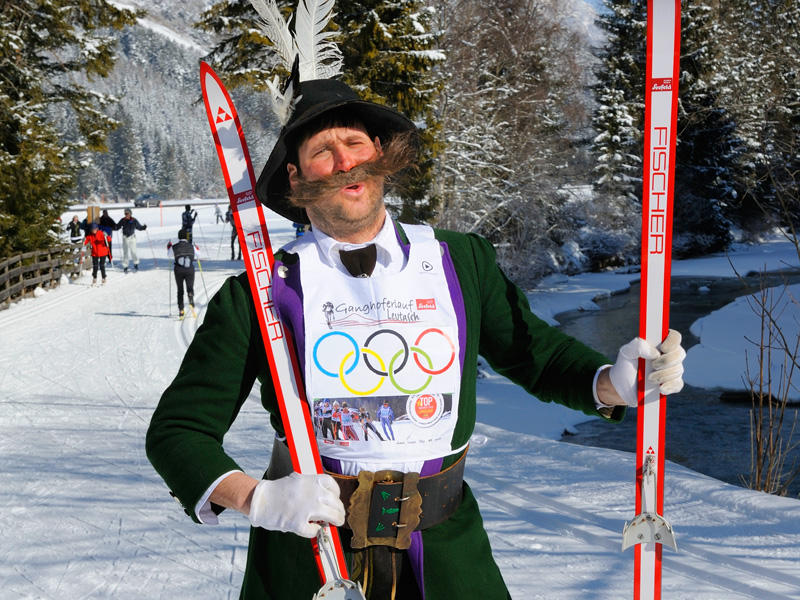 The giants Haymon and Thyrsus

Many years ago the giant Haymon lived peacefully as a knight in the Inn valley. One day the terrible and aggressive giant Thyrsus, who lived on the Seefeld plateaul, came down and destroyed Haymon's castle. The two started to fight and, according to the legend, Thyrsus ripped a tree out of the ground to try to kill Haymon but Haymon managed to kill Thyrsus with his sword. The blood from the wound spread over the plateau and created a lake which became the healing Ichthyol (or "stone-oil") which is now extracted on the plateau. Haymon, instead of being happy about his victory, regretted the fight and founded Wilten Monastery in Innsbruck where he spent the rest of his life as a monk.

The dragon in the Seefeld Lake

In the olden days Seefeld had not only one but two lakes of a good size. This was why it got its name. ("See" means lake in German.) As is often the case, these lakes were reputed to be immeasurably deep and connected with one another under the surface.

One man from Seefeld laughed at this and told his friends: "I'll show you that these lakes aren't as deep as you think!". He jumped onto his horse and rode straight into one of the lakes.

Initially the horse found it easy going and the man laughed at his friends standing on the bank watching him. But as they got nearer to the middle the lake got deeper, the horse started to swim, and the man became quiet.

Suddenly a massive dark shadow moved in the lake and a dragon with glittering scales emerged into the light. He reared angrily above the horse and its rider and shouted: "If you want to explore this lake I will swallow the whole of Seefeld!"

The drgaon grabbed the arrogant rider and his frightened steed and dragged them both into the depths of his underwater lair. Some friends and relations of the man dared to go out onto the lake in a flat boat to see if there was anything they could do but they could find no trace of horse or rider.

After a few weeks the mangled saddle of the horse was discovered floating on the second lake - apparently this had proved indigestible for the dragon - but it proved that there was an underground passage between the two lakes. From that point on, however no-one dared to explore further.

A young farming lad from Seefeld fell in love with a beautiful girl from the village. He visited here as often as he could. However, he was not allowed to visit her on Thursdays. As he sat along one Thursday evening, a thought struct him and he cried out: "Devil take it, she must have another man that she's seeing on that day!".

To be sure, he crept into the house of his beloved and hid in the kitchen. The girl was sitting in the living room having an evening meal with her colleagues, but soon came in to wash the dishes.

When she was finished, she took a pan out of the cupboard under the oven. This had a cream in it that she smeared on the soles of her feet. Then she cried: "Oben aus und nirgends un" and flew out via the chimney.

The lad crept out of the house, shocked that his beloved had turned out to be a witch. He waited a few days and then told the priest, who instructed him to return on the next Thursday but this time not in secret. He should ask his girl if she would invite him to the witches' dance. But if anyone gave him a book, he should write the words Jesus, Maria and Josef in it.

On the next Thursday he visited his girlfriend again and accepted the invitation to go flying with her. Both rubbed their soles with the cream and flew out of the chimney, her first and he following behind.

Soon he sat next to his beloved in a shining room, where many women and girls were tucking into a feast. He was the only man in the whole room and was having a great time. Around midnight another man came into the room with a big book, the "Devil's Protocol", and something to write with, came up to the lad and told him that he only had to sign the book to carry on taking part in these meetings.

The lad pretended to sign the book with his name, but instead following the advice of his priest. No sooner had he taken the pen from the paper, when the beautiful room disappeared with a large bang, the candles extinguished themselves and the the lad stood in the middle of a desolate meadow where the grass was trampled as if from horses hooves. The book lay next to him on the ground.

Hi picked it up and carried it to the priest, who could read all the names of the witches and who discovered that there were more witches in Seefeld than there were normal women. However, the lad had to go into hiding in case the witches attacked him.

In the 15th century the castle on the Schlossberg in Seefeld was in the possession of a rich and proud man, the knight Oswald Milser. In 1384 at the mass at Easter, he demanded to be given a larger portion of the communion host than the priest offered him. The priest didn't dare to confront him and did what he asked.

No sooner hat the tongue of the knight touched the host than he started to sink into the floor. In his fear he tried to hold onto the altar with both hands, but this gave way as if it was made of wax.

As Oswald sank halfway into the floor, he felt terrible panic and regret. He begged the priest to take the host from his mouth and, as the priest did so, a second wonder took place. On the host one could see marks of blood. This traces of blood led to the legend of the "Wonder of the Host" being spread from person to person through the village.

As the priest took the host from the mouth of the knight, the floor became more solid under him. Shivering and shaking, and with his pride long gone, Milser scrambled out of the floor and sank to his knees crying and beating his heart.

In the meantime one of Milser's servants ran home to get his wife, Dorothea, who didn't think much of religion and therefore didn't go to church. As the servant told her of the happenings, she refused to believe him and told him: "Rather than believe what you have told me, I would sooner believe that this rotten and dried up stick will bear roses".

And no sooner said than lovely roses started to bloom on it. But the wife didn't want to believe it, tore them off and trampled them underfoot. This disbelief was badly punished as she was immediately cursed with madness. Like a wild animal she ran into the woods and hid herself. The legend said that only her slippers were ever found.

Oswald had hardly recovered from his experience when he was told of the fate of his wife. Crushed, he left his castle and moved into Stams monastery to do penance for his sins.

He led a particularly hard live. His bed was the hard earth, his pillow a rock. After two years of this, he died and was buried in the family chapel - not in the normal grave, but under the door at the entrance to the chapel, so that anyone who went in or out stepped over the body of the once-proud knight. Instead of a costly memorial he requested a small cross on his grave, which can still be seen.

A hot topic around the regulars' tables in Seefeld used to be the weird goings-on in the ruins of the Schlossberg. And late one day a few decided to see what was actually happening up there.

Both of them walked the hour and a quarter up to the ruins. As they approached it they couldn't believe their eyes. The ruins were as bright as day and from the windows the noises of a merry dance could be heard.

Full of confidence, they shouted: "Hey, have you got a cold drink for us?". A darkly-clad nobleman with a merry hat came to the door and offered them two golden goblets filled with an inviting liquid. The two started to drink and immediately the goblets turned into skulls and only the ruins of the fortifications could now be seen. The two ran back to the village as fast as their legs would carry them.