Lots of people just think of sports and snow when they hear the name Seefeld. But the village has an interesting past, as you may discover.

Seefeld is pretty well-known worldwide these days as the venue for a few major sporting events. In 1964 and 1976 it was one of the locations for the Olympic Games and in 1985 the Nordic Ski World Championships took place here.

The Olympic Games attracted thousands of fans to the plateau and they and the sportsmen and -women enjoyed the welcome of the Seefeld inhabitants, the beatiful surroundings and the excellent infrastructure. And some made friends and connections that last until today. 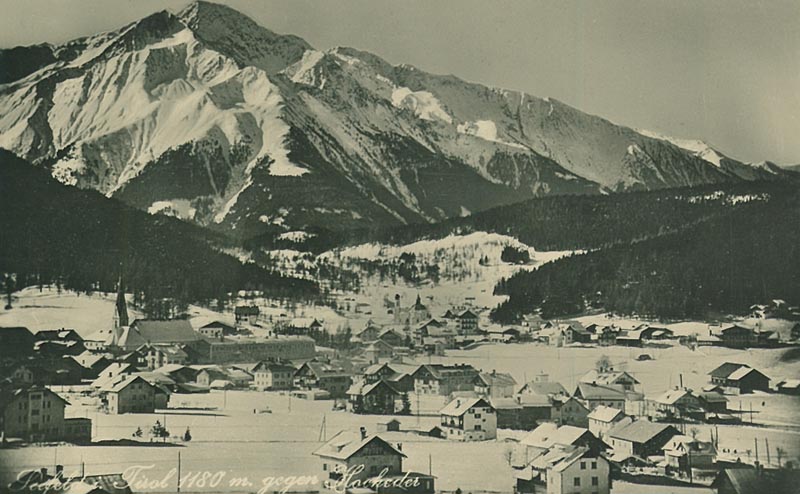 The Nordic Ski World Championships in 1985 put Seefeld once again in the press and on TV screens. The verbal PR and the images from the events helped to cement Seefeld's reputation as a world-class resort.

Those events certainly weren't the first time that Seefeld came to sporting prominence however. The ski legend Toni Seelos (1911 – 2006) ruled the alpine skiing sport in his heyday by inventing the parallel turn in slalom instead of the stem turn which was usual in those days. His margin of victory was often over 10 seconds in front of his rivals.

Seefeld is first mentioned in documents in 1022. At this time monks and farmers were starting to settle on the plateau. In order to protect them the Count of Andechs built a castle at the north side of the settlement and from then on that area was known as Schlossberg.

In 1384 the so-called "Wonder of the Host" took place. The knight Oswald Milser demanded that the priest give him a larger piece of the Communion host than was given to normal people. He started to sink into the floor for his arrogance. Soon after thousands of pilgrims started to visit the plateau to see the site of this wonder. Even the Emperor Mximilian was impressed by the events and sponsored the building of an Augustine monastery in Seefeld. The monks helped the locals to regular work and prosperity through the construction of a brewery and a timber business. They also offered travellers accommodation for a small price.