Chapels and churches are inextricably linked with the folk culture of the Tyrol. The sacred treasures of the Seefeld plateau are some of the most beautiful in all of the Tyrol.

The Olympiaregion Seefeld has seven parish churches and two dozen chapels - 18 of them in Leutasch alone. The guided torchlit walks in the Advent period to the various chapels are a special experience. But it's also worth visiting the different chapels and churches during the rest of the year.

The Seekirchl is the symbol of Seefeld. Its name ("lake chapel") reminds us that it once stood in the middle of an artificial lake. This had been created by Count Sigismund "the rich in coin" to breed fish. Inside the chapel is a larger-than-life crucifix. The legend says that the head of the crucified hangs lower over the years and when the chin touches the chest the world will end. 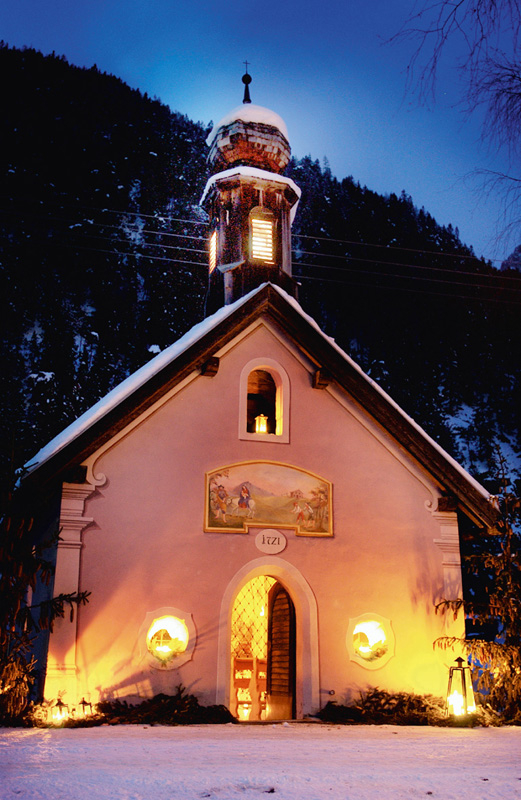 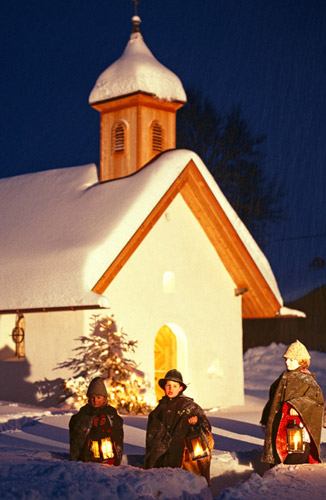 The parish church of St. Oswald in the middle of Seefeld was once one of the most famous pilgrimage churches. It is also one of the most impressive Gothic churches in the Tyrol. Unusual is the baroque Blutkapelle ("Blood Chapel") where the "Wonder of the Host" is kept.

Leutasch has two parish churches: St Magdalena in the hamlet of Kirchplatzl and St John the Baptist in Unterleutasch. The church in the upper Leutasch valley is over 700 years old and has a classic high altar which is worth a visit.

Reith was one of the most heavily bombed areas in the Tyrol during the Second World War. The Allies wanted to disrupt the train connection to Innsbruck and ended up bombing the parish church in Reith. Today the artistic windows of the church remind us of the terror of those nights.